Playwright, poet, and author, Heiner Müller (January 9, 1929 – December 30, 1995) is considered the most significant German dramatist of the 20th century after Bertolt Brecht. Müller’s Hamletmachine represents an iconic and enigmatic text in post-dramatic theatre that has been highly influential on a global scale for writers, directors and dramaturgs. During the 1970s, Müller got permission to temporarily leave East Germany to visit America. Müller’s journeys in the U.S. included cross-country car trips and visits to San Francisco, Texas and New York City—an experience that ultimately changed the aesthetics of his work.

The Segal Center’s all-day symposium will trace Müller’s artistic and political thinking and artistic practice during his American journeys, where he witnessed the decline of Socialism at home and the rise of Neo-Capitalism in the U.S. International theatre artists, scholars, friends and former students will revisit the dramatist’s journey through America with screenings, an exhibition of documentary materials, excerpted readings of selected work, short lectures, and panel discussions.

Screenings will include rehearsals directed by Heiner Müller of Mauser in Austin/Texas and Milwaukee/Wisconsin in 1975; Zement in Berkeley 1979 as well as a reading of Life of Gundling Lessing’s Sleep Dream Cry (LEBEN GUNDLINGS FRIEDRICH VON PREUSSEN LESSINGS SCHLAF/TRAUM SCHREI), a text Müller wrote partially in Austin. Additionally short interviews with Jean-Luc Godard, Wolfgang Schivelbusch, Betty Nance Weber, and others.

Check website for updated schedule + screenings.
Findings from the Segal Center Heiner Müller in America Symposium will be presented in a follow-up symposium in Berlin, followed by a book publication.
Curated by Wolfgang Storch and Klaudia Ruschkowski in collaboration with Frank Hentschker.
The event is dedicated to Betty Nance Weber, who first invited Heiner Müller to the US as a Writer-in-Residence to the University of Austin, Texas, in 1975. 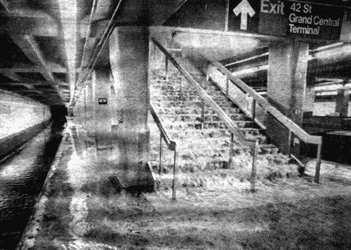